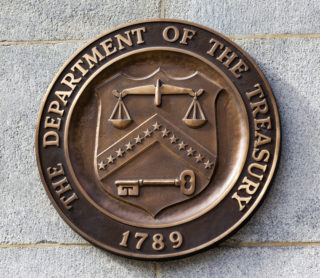 New U.S. sanctions on Syria took effect on June 17, 2020 as a result of the “Caesar Syria Civilian Protection Act of 2019” (“Caesar Act”) that was signed into law on December 20, 2019 as part of the National Defense Authorization Act for Fiscal Year 2020. The Caesar Act is named after a Syrian photographer who documented abuses in the Assad regime’s prisons.

Pursuant to the Caesar Act and Executive Order 13894, the U.S. State and Treasury Departments announced 39 new additions to the Specially Designated Nationals and Blocked Persons List (the “SDN List”) maintained by the Treasury Department’s Office of Foreign Assets Control (“OFAC”).  The Treasury and State Departments also promised that more SDN List designations will follow. The 39 designated entities include regime officials, members of the ruling Assad family, the Fourth Division of the Syrian Arab Army, and an Iran-sponsored militia.  The new designations also include 20 private companies.

While most of the designated entities are holding companies based in Syria, several are based outside of Syria in Lebanon, Canada, and Austria.  Although the U.S. has consistently imposed blocking sanctions to generally prohibit U.S. persons from transacting with Syria, the Caesar Act now imposes additional secondary sanctions which apply to foreign companies or individuals who “facilitate the Assad regime’s acquisition of goods, services, or technologies” that support regime military activities as well as Syria’s oil and gas industries. The Caesar Act also mandates sanctions on those profiting from reconstruction activities in government-controlled areas of Syria, according to the U.S. Department of State’s fact sheet on the matter.

We encourage clients and companies to familiarize themselves with the Caesar Act.  Non-U.S. companies should be aware of this expansion of the State and Treasury Departments’ authority to impose U.S. secondary sanctions in transactions involving Syria.  Please contact Cortney Morgan or Grant Leach of Husch Blackwell’s Export Controls & Economic Sanctions team with any questions or concerns.