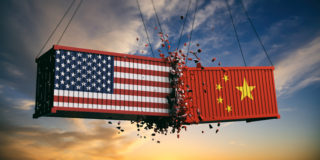 On Saturday, December 1, 2018, President Trump and Chinese President Xi Jinping met to discuss trade relations between the two countries. Following their meeting, President Trump indicated that he would postpone increasing the tariff rate to 25% on certain Chinese goods worth up to $200 billion currently covered under Section 301 List 3. This increase was originally slated for January 1, 2019 (see our previous post here).  The 10% duties on that $200 million in goods will remain in effect, however, as will the 25% tariffs on the goods worth about $50 billion, which appear on the first and second list of additional duties. According to the White House press statement, the parties agreed to “endeavor” on a 90-day period, until March 1, 2019, to discuss the restructuring of China’s trade policies and come to an agreement.

According to the White House statement, President Xi also agreed to “negotiate immediately on forced technology transfer, intellectual property protection, non-tariff barriers, and cyber theft.” Additionally, late last night, President Trump tweeted that China had agreed to “reduce and remove” its 40% tariff on U.S. imported cars. There have been no official reports yet from China or the U.S. confirming or denying this tweet.

The press release from the Chinese Ministry of Foreign Affairs was vague in its discussion of the meeting as there was no mention in the press release of the 90-day time frame or the tweeted statement concerning tariffs on U.S. imported cars.

There remains no exclusion process for the products included in List 3.

The announcement serves as a cease-fire of sorts, and further escalation of tariffs appears to be halted for now.   However, the underlying substantive issues will only be addressed in the weeks and months ahead.

We will continue to monitor this situation. For more information on the Section 301 tariffs on China, please contact Robert Stang,  Jeffrey Neeley, Beau Jackson, or Nithya Nagarajan.